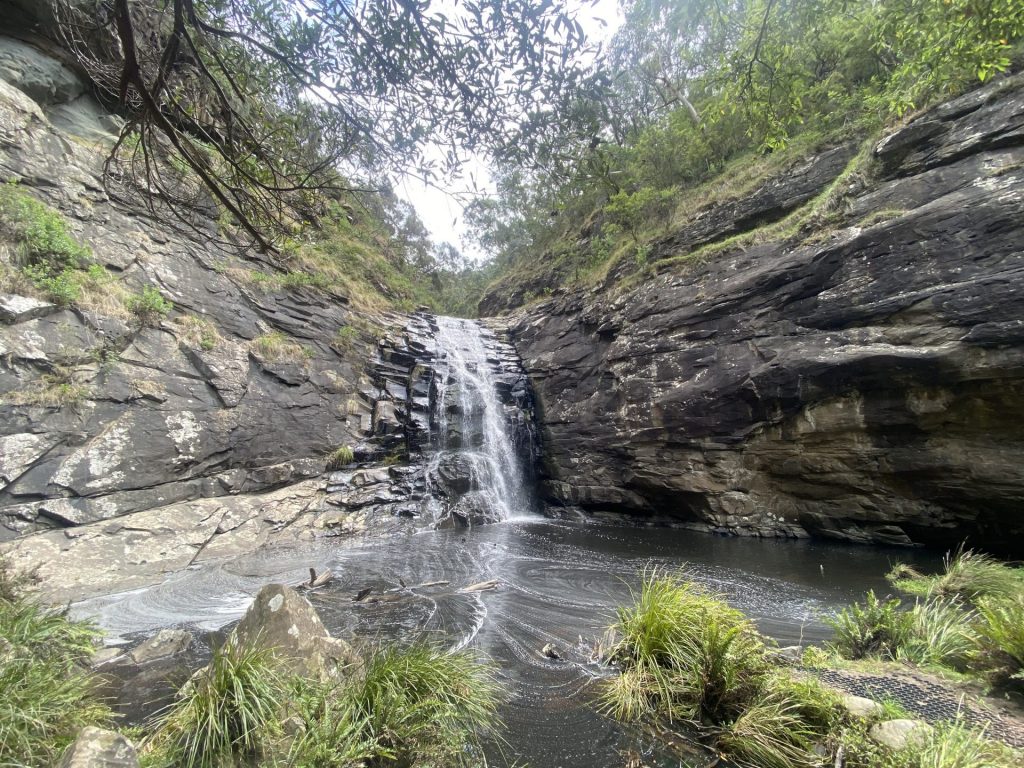 Sheoak Falls is a relatively easy walk from the carpark location shown on the map below. While there is a little bit of uphill at the start (including steps), you are rewarded with some pretty nice coastal views as a result… waterfall plus ocean views on the way? Amazing! 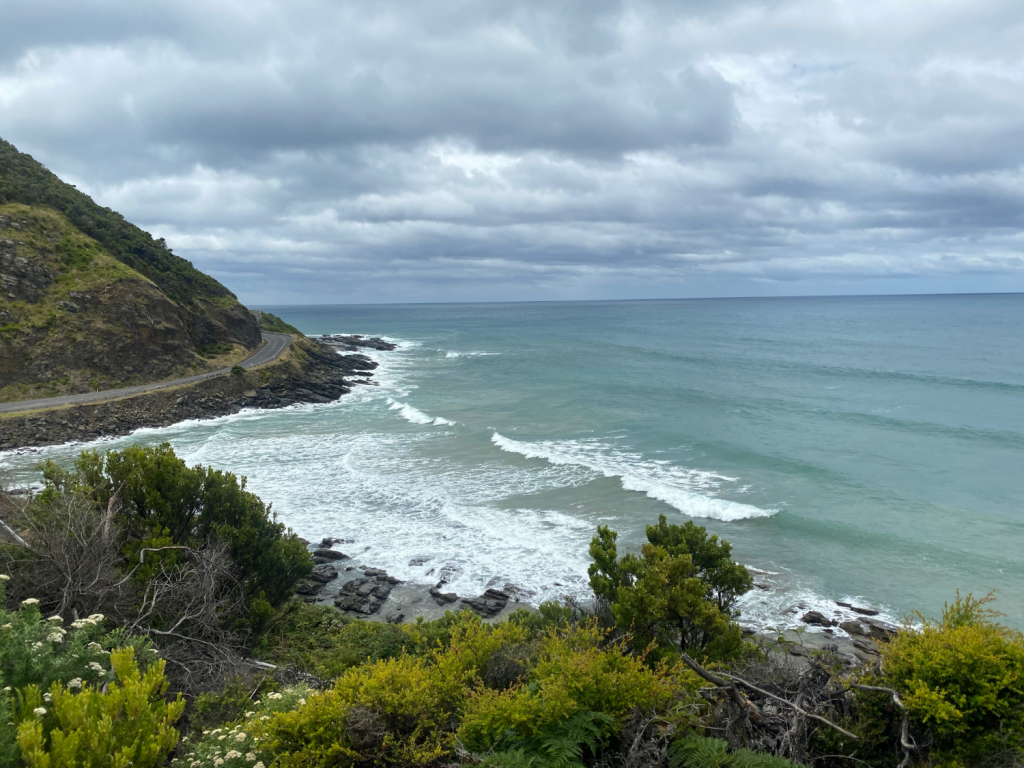 We suggest starting from the carpark shown below rather than the Sheoak Falls Picnic Area if you want the shortest walk.

The walk to the falls from the carpark is well maintained with some steps, boardwalk and some gravel/dirt paths. You wind along the Sheoak River and it usually only takes about 15-30mins to reach the falls, depending on your fitness. There is a timber viewing platform for the falls themselves.

If you've got an even longer hike in mind, this falls can be combined with several other nearby attractions such as Castle Rock, Henderson Falls, The Canyon, Phantom Falls, Lower Kalimna and Upper Kalimna Falls. These can all be accessed from the Sheoak Picnic Area. 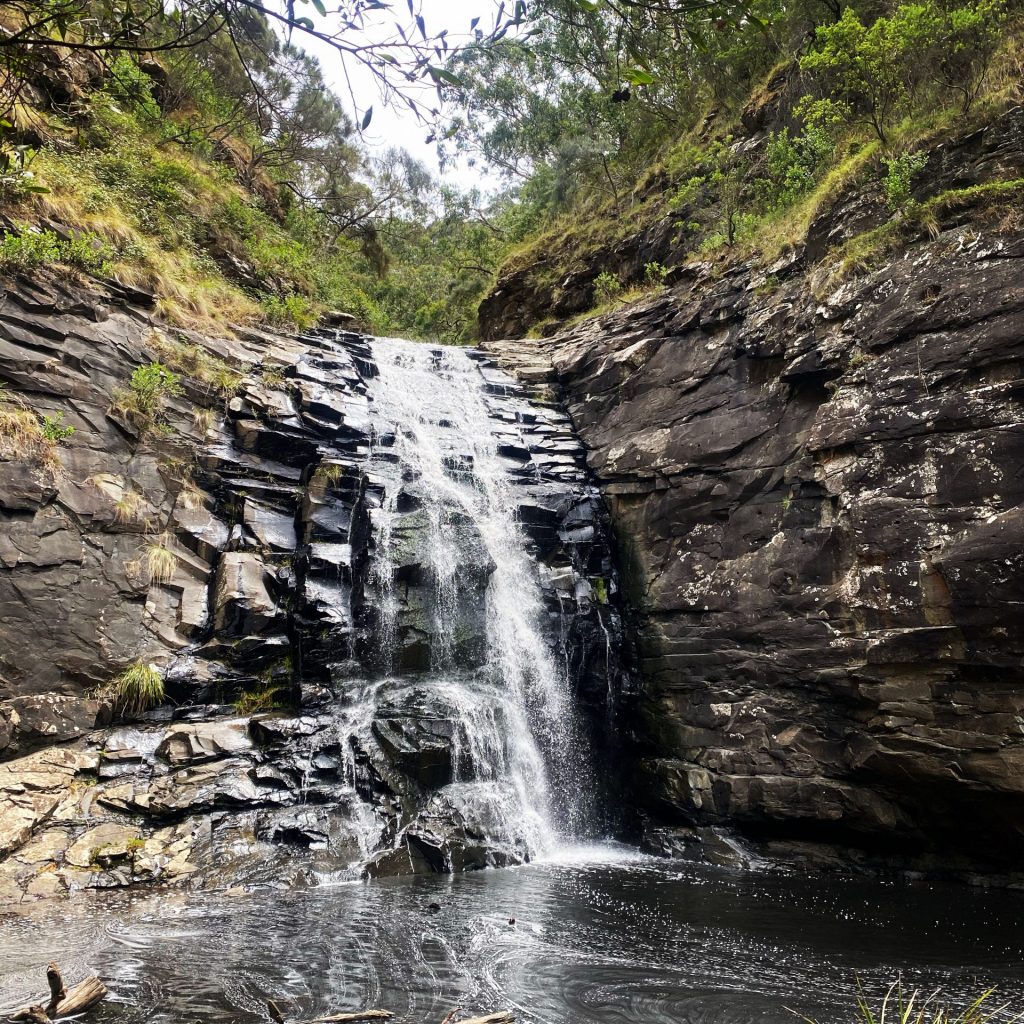 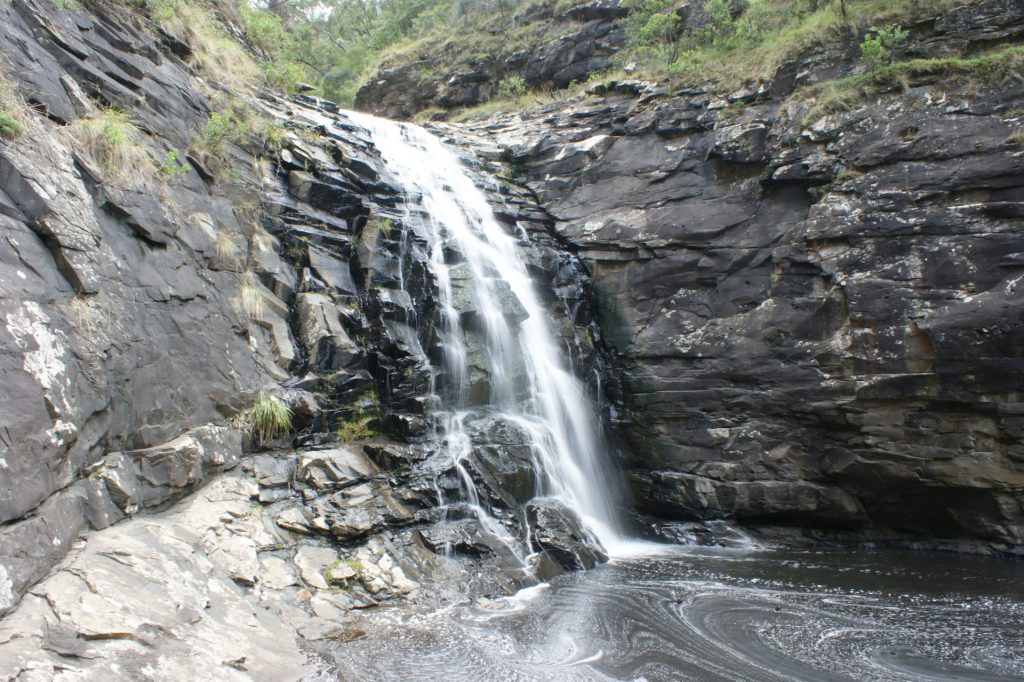 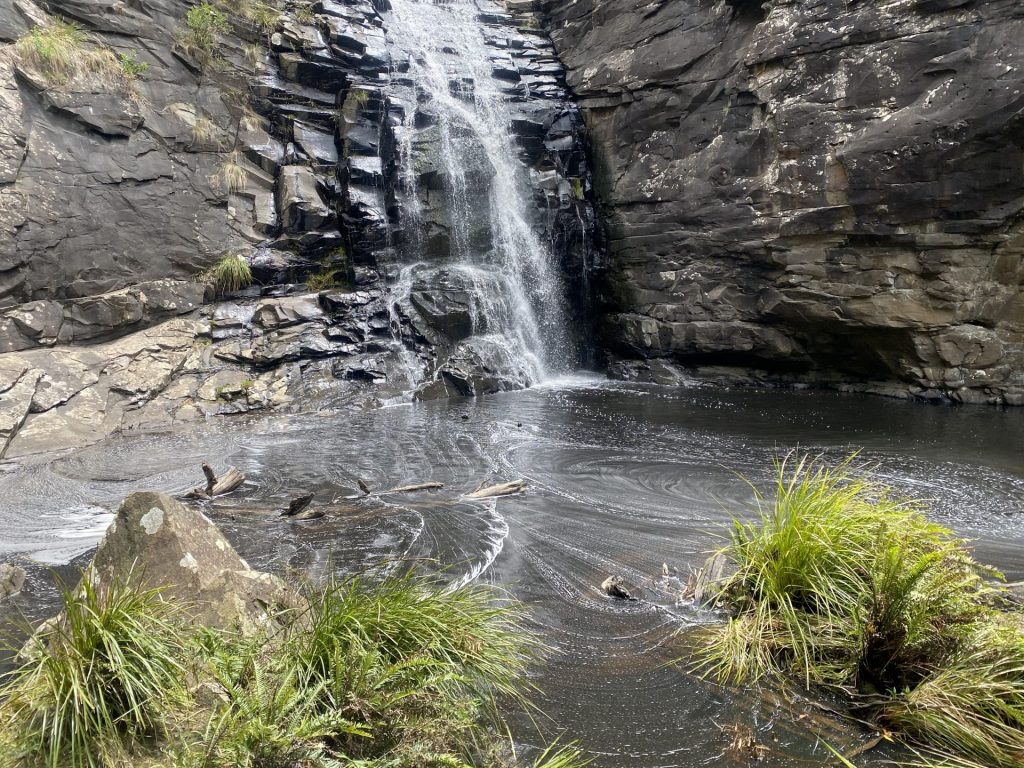 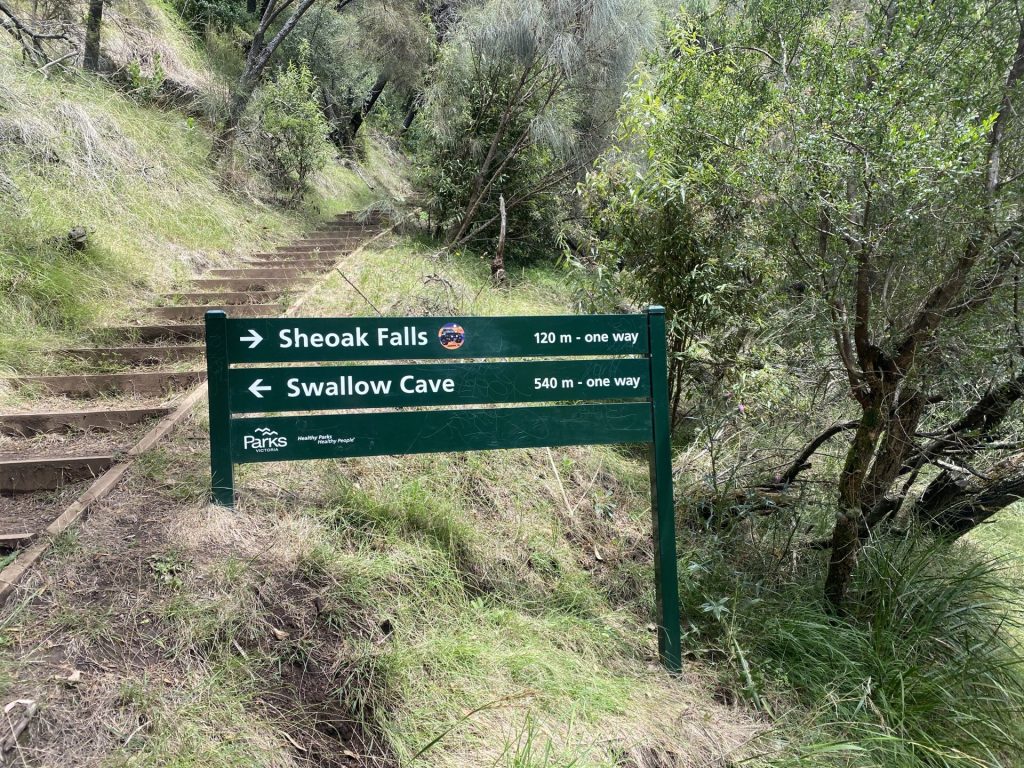 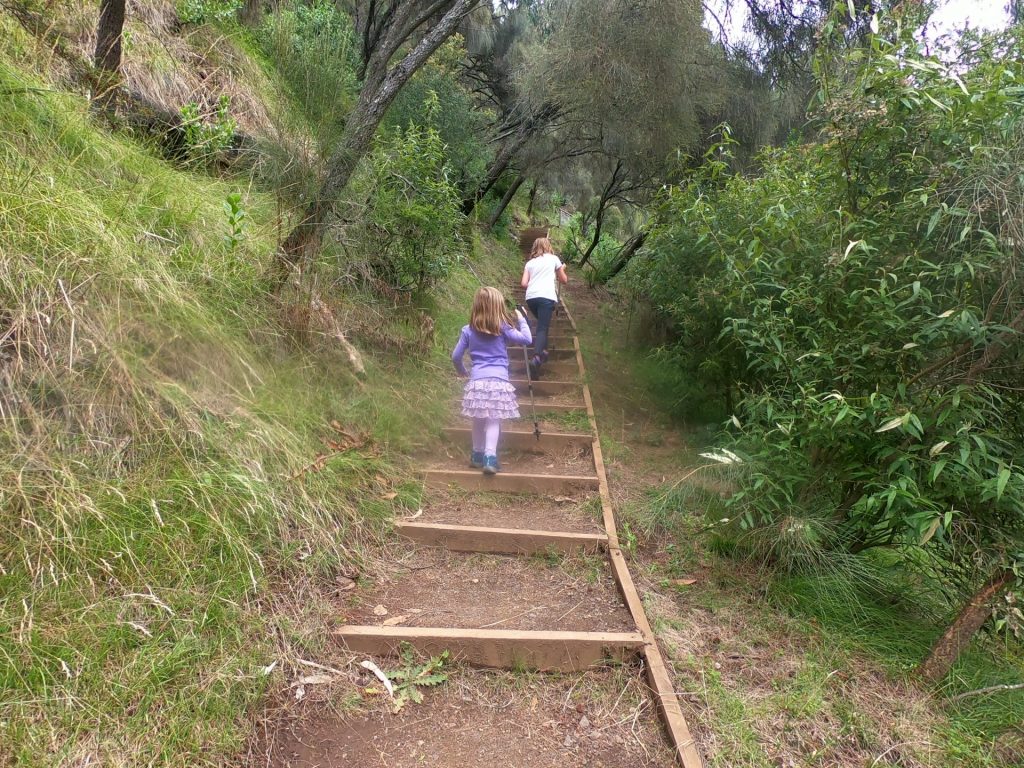 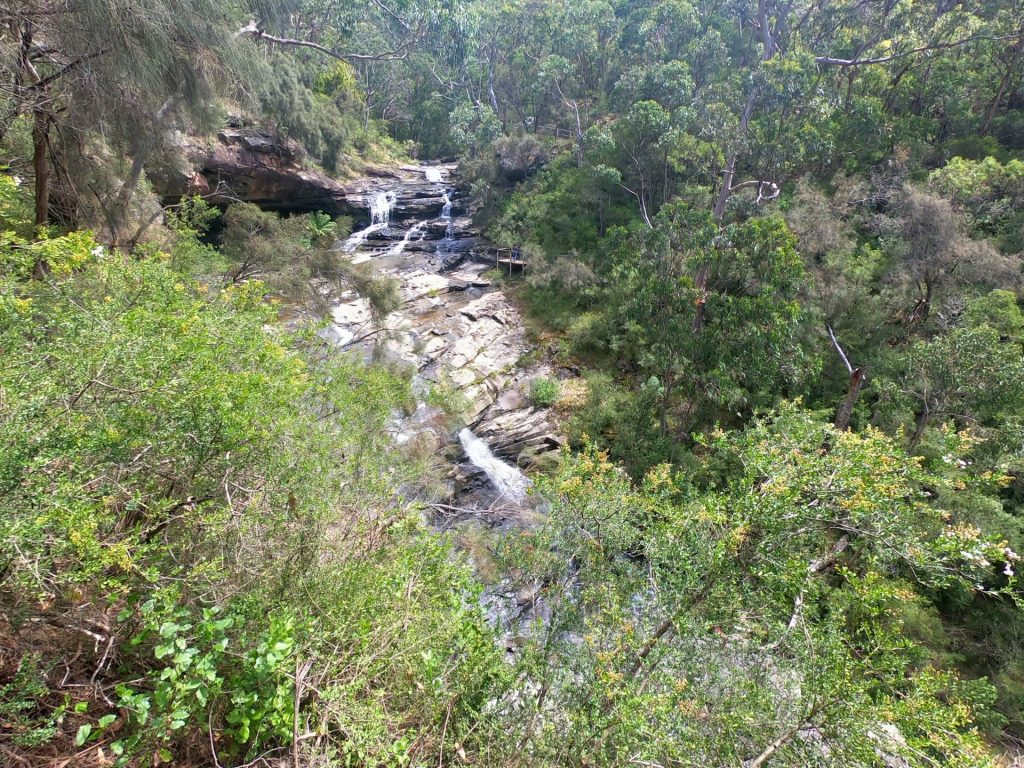 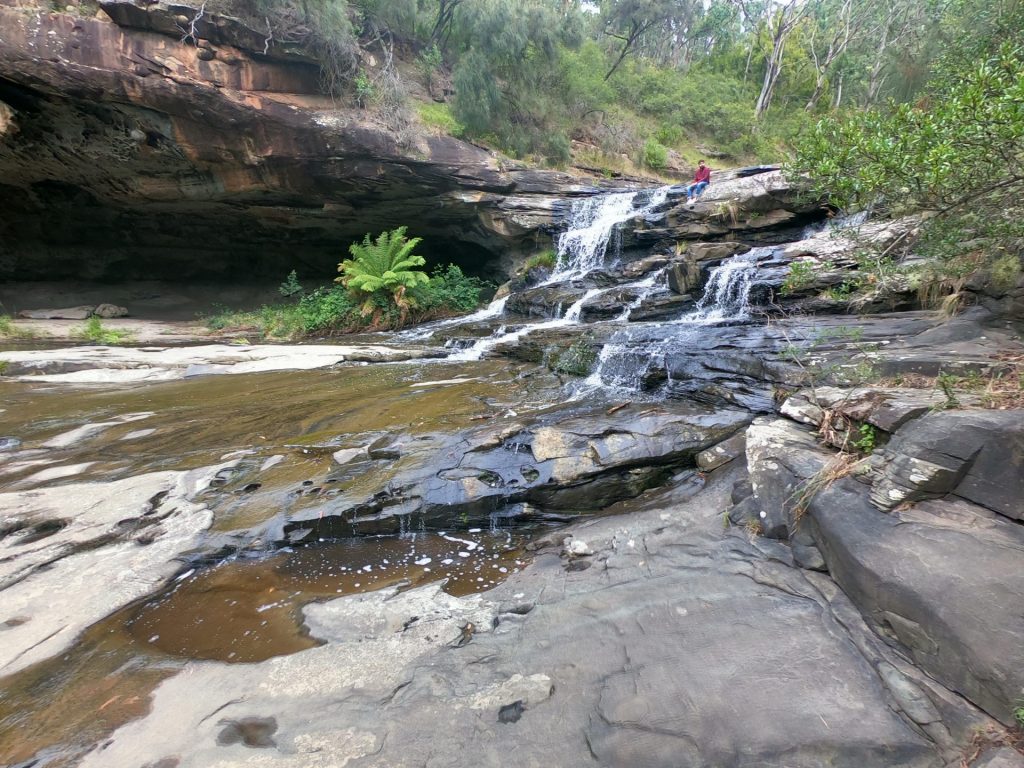 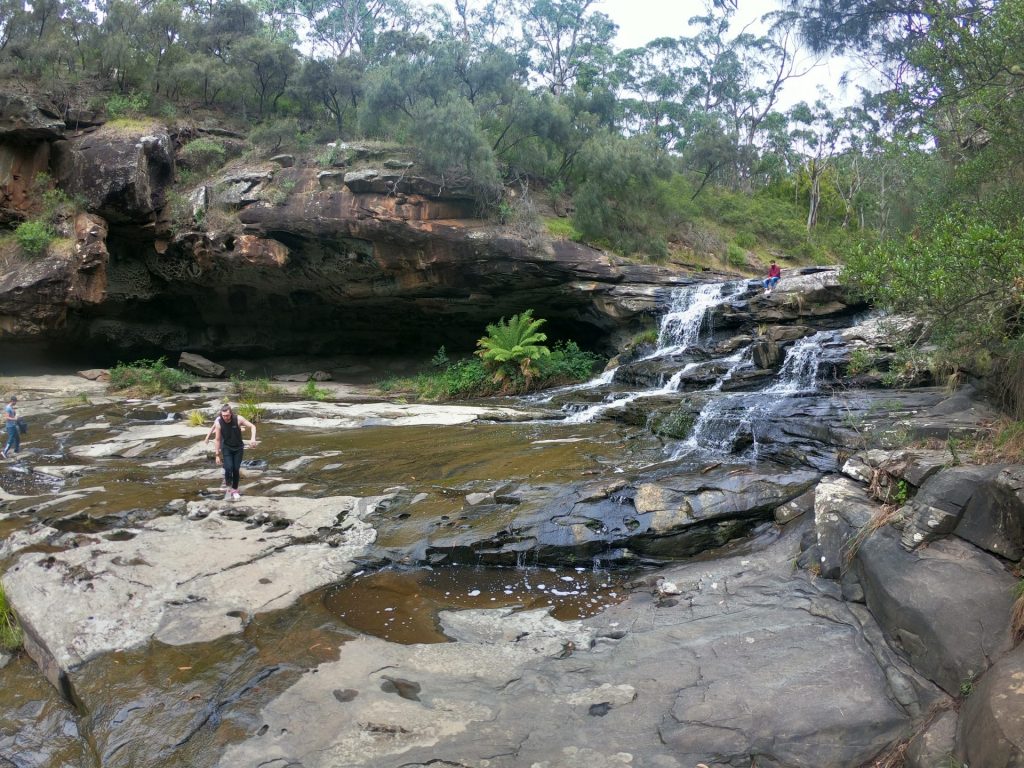 While this photo shows someone on the rocks (not us), please note that they have gone past the viewing platform which is not advised. There is a large drop off to the left of this area. 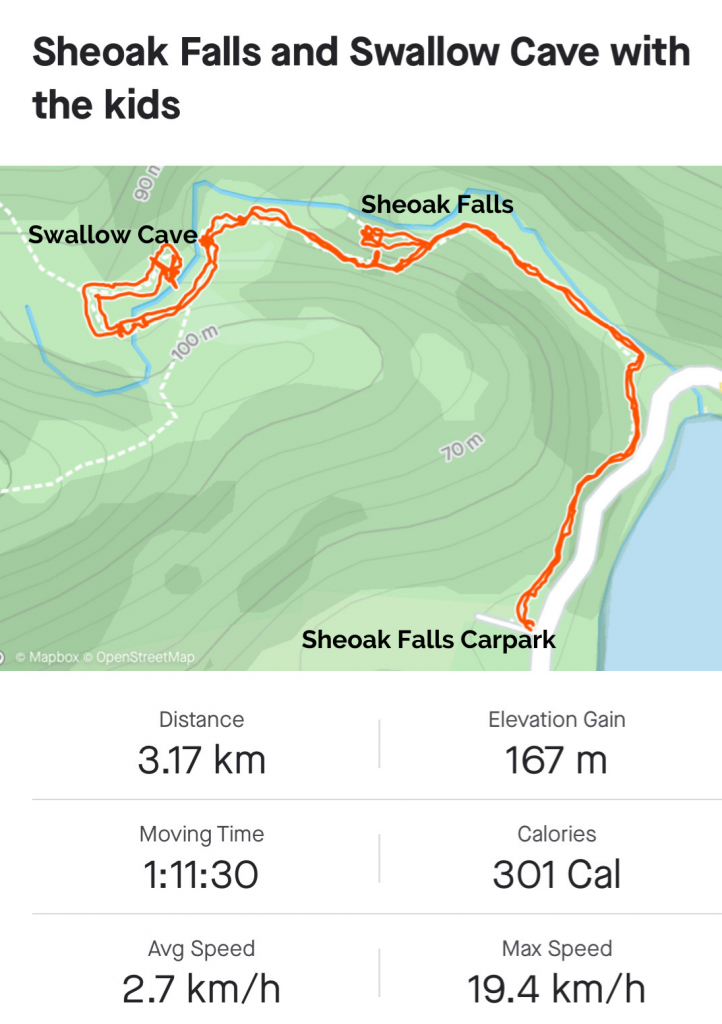 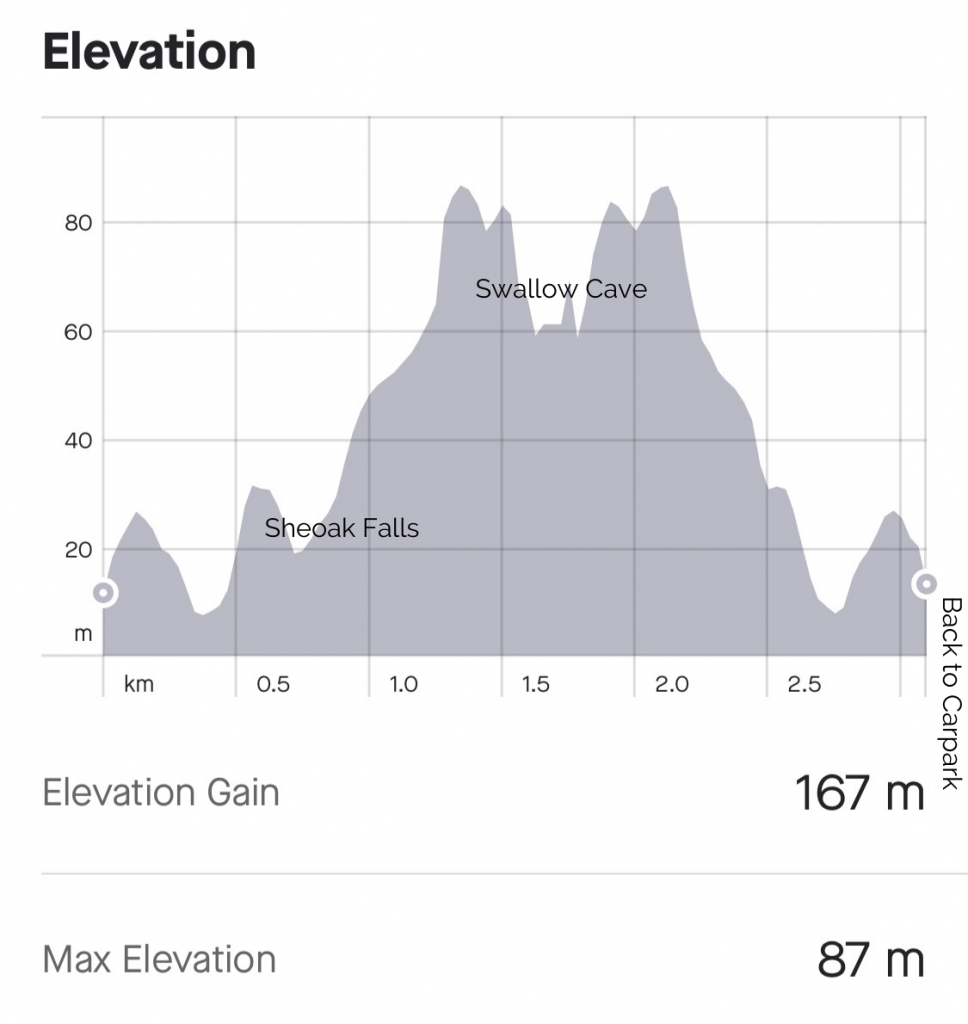